October 29, 2016: The Legend of Scootback Mountain

A riot of crazy colors as Reelers and friends came out in Halloween costume to dance to caller Hunter Keller. 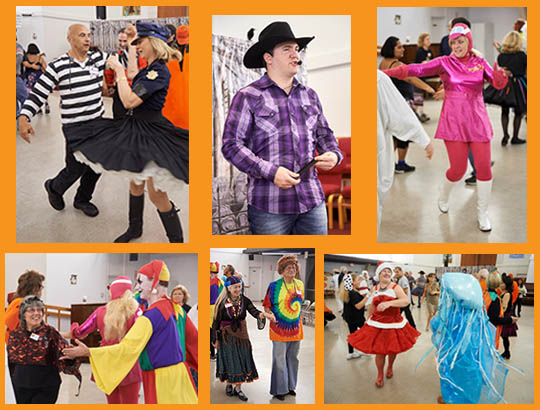 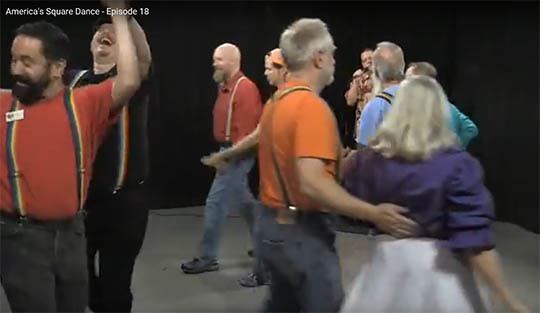 El Camino Reelers and friends were featured in two episodes of Mike Luna's closed-circuit TV show America's Square Dance, which you can now see on YouTube. At 28 minutes each, these may be more square dancing than anyone really needs to watch. Check out the "Masterpiece Theatre" intro!

Some Enchanted Evening! St. Andrews was transformed into a tropical paradise as Reelers and friends danced to caller Vic Ceder and cuer MaryAnn Callahan.

And a few more pictures by Joe Dehn

Reelers and friends braved the rain to come out for an evening of dancing to caller Eric Henerlau and cuer Dan Drumheller in a hall full of umbrellas and flowers.

ECR rolled out the red carpet for the Hollywood-themed Black & White Ball as Reelers and friends partied to caller Gary Monday and cuer Dan Drumheller. Square dancing, round dancing, and even a conga line! 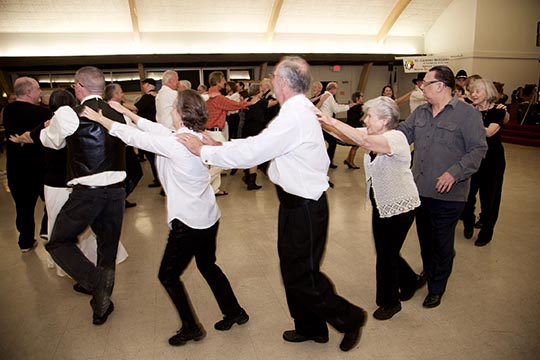 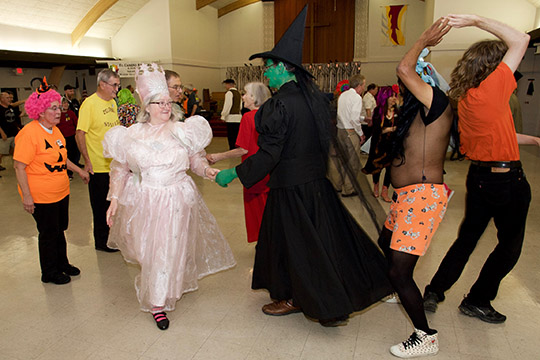 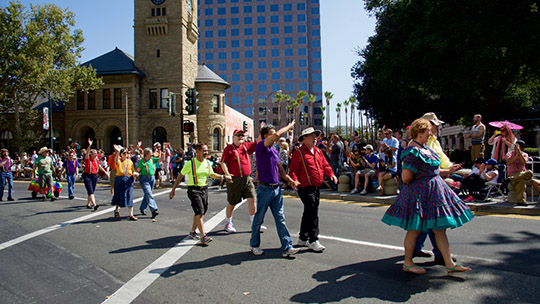 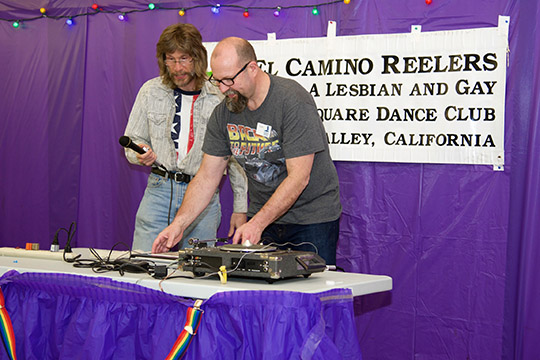 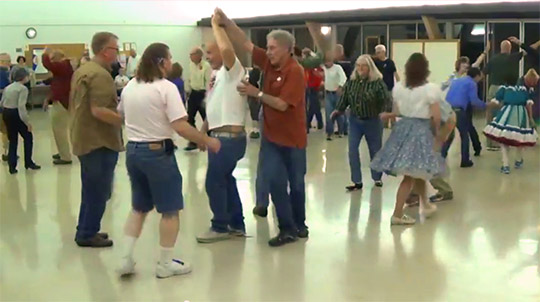 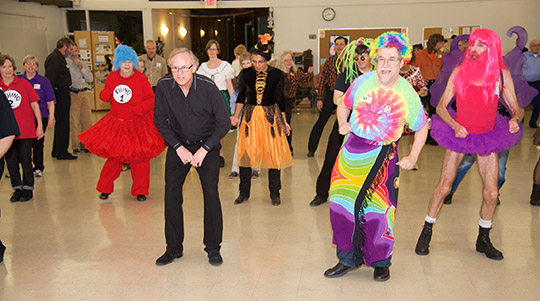 Surf's up! Reelers and friends dance to Dayle Hodge at "Star Across The Endless Summer"

Kicking it up at the second annual San Mateo Pride Festival

Reelers and friends dressed up (or down) in their snappiest black and white outfits to dance to Vic Ceder at ECR's Black & White Ball. 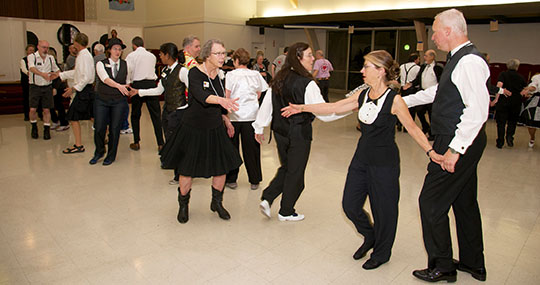 Dancers from as far away as San Luis Obispo dressed up in their finest Halloween fashions and joined ECR's skeleton crew for a potluck supper and dancing to Darren Gallina's high energy calling. Lots of Dia de los Muertos-themed costumes... 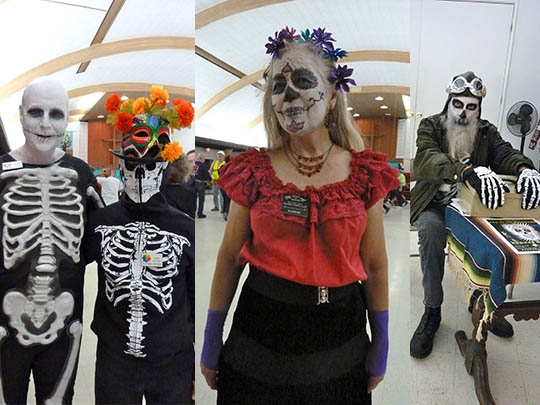 And a special guest appearance by the Village People! 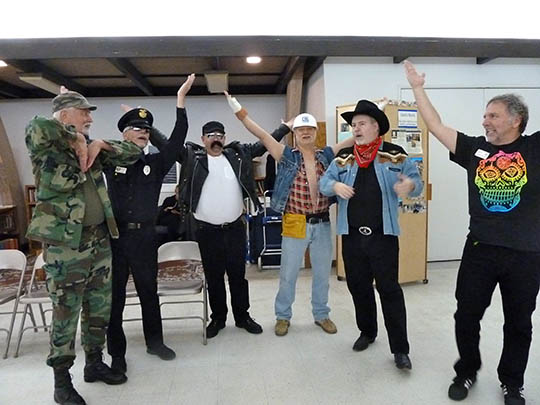 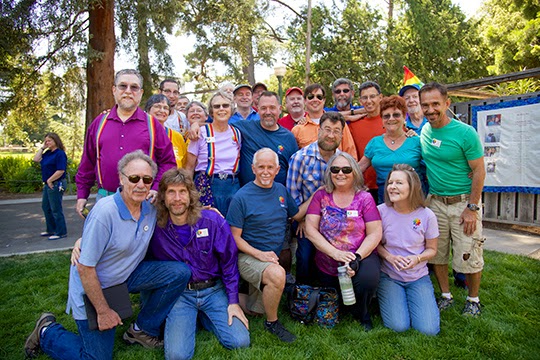 Reelers and friends dressed up for "PROM NIGHT" with caller Michael Kellogg. Nobody had a hissy fit or threw up in the parking lot. 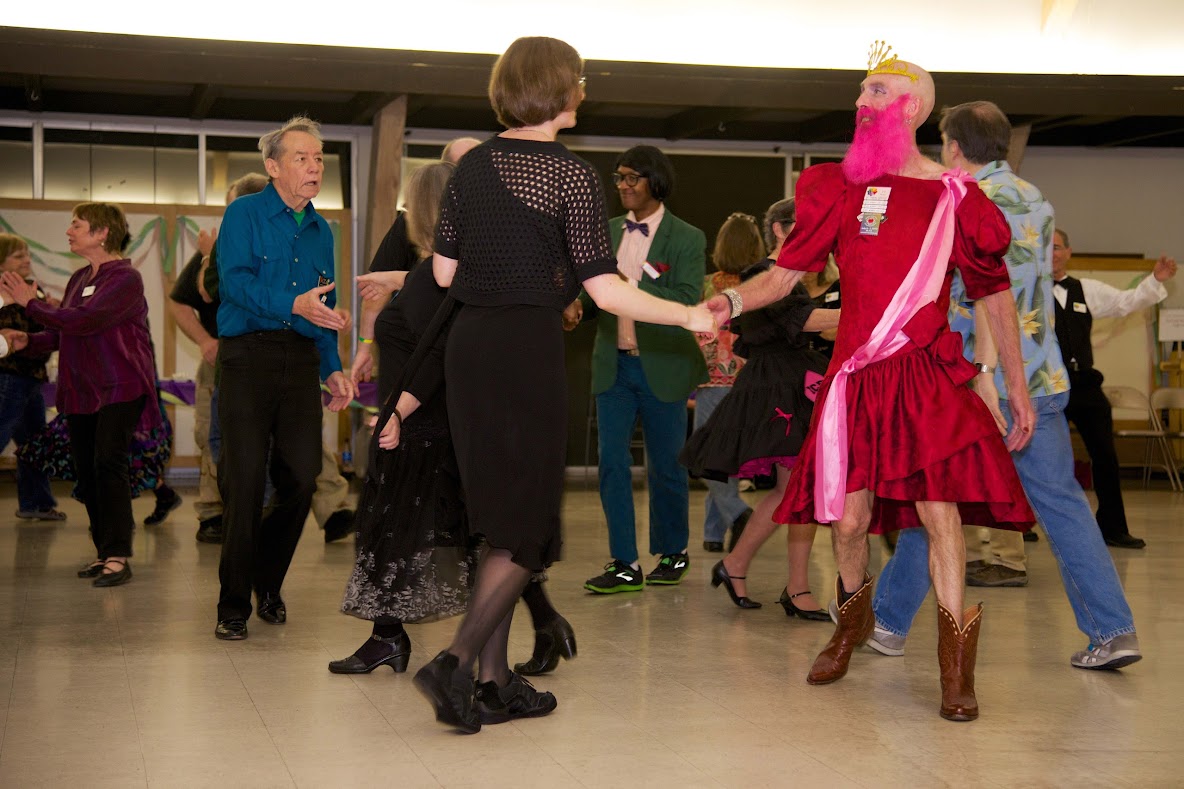 Our club caller Rich Reel hosted a 50th birthday bash at St. Andrews with a little help from his friends: Darren Gallina and his band Crossfire. 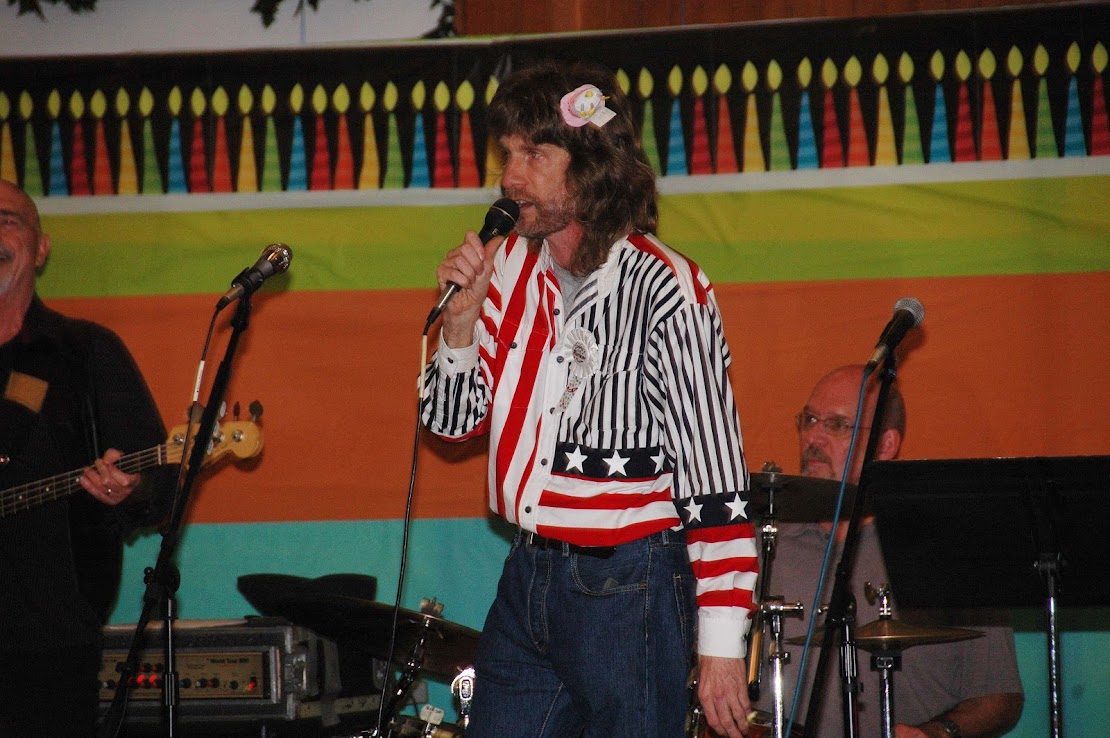 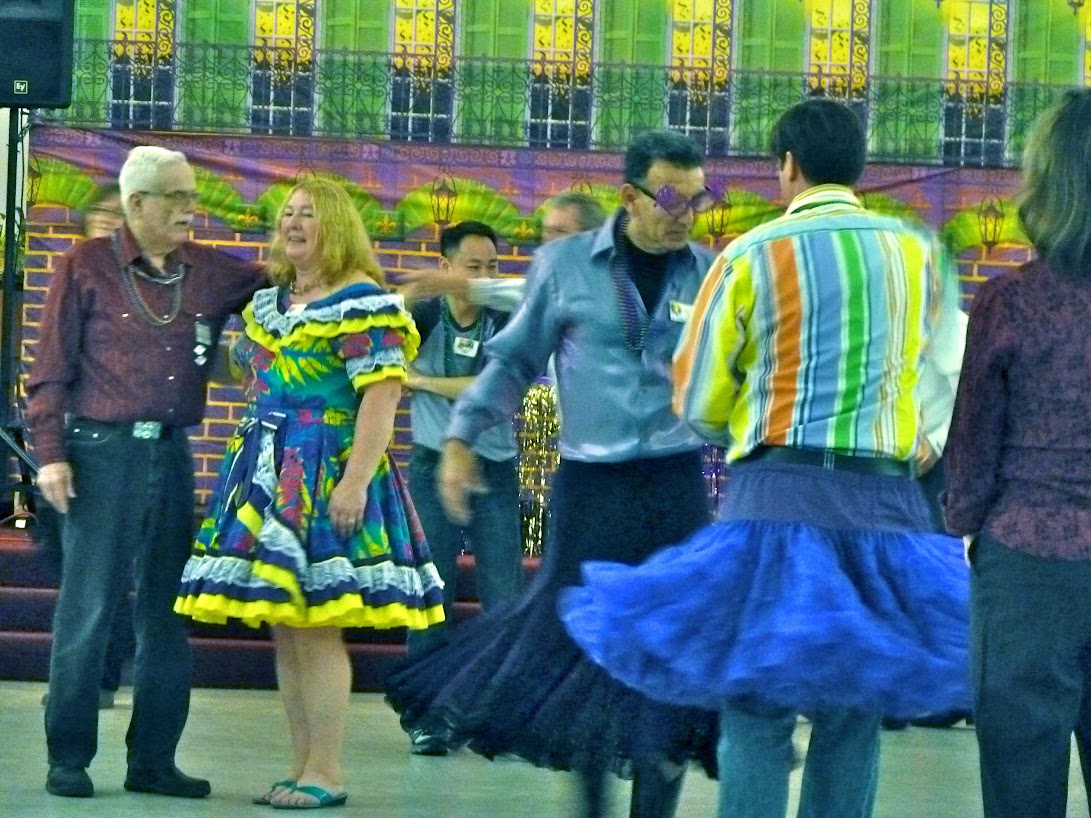 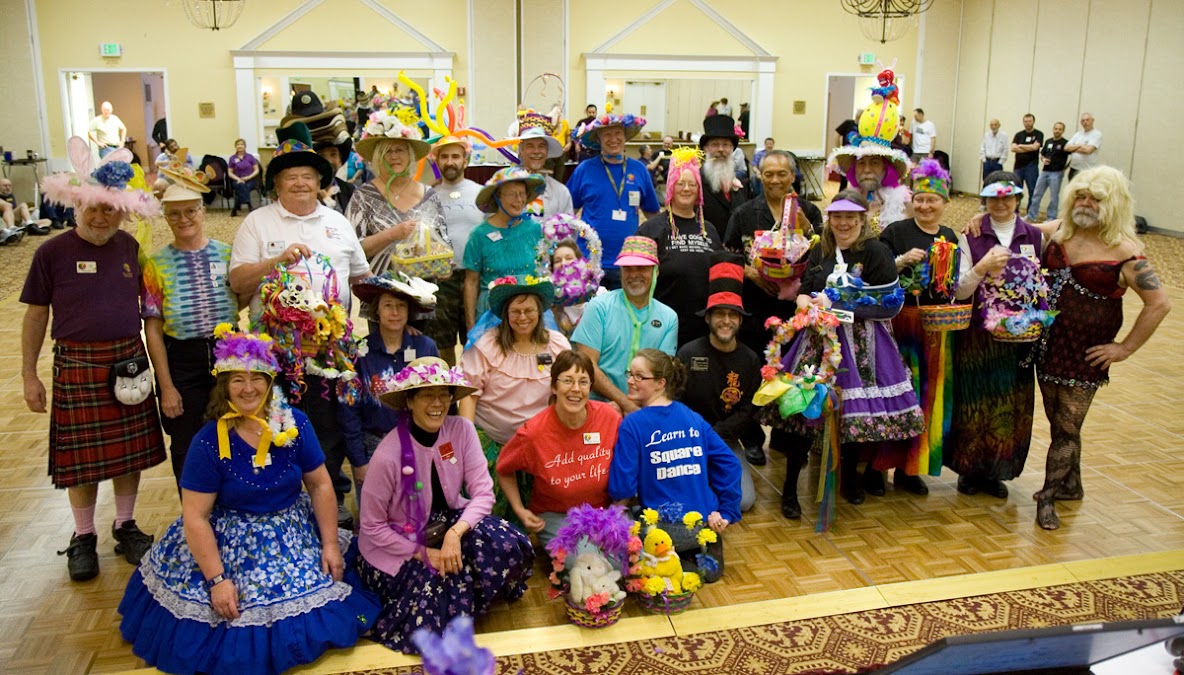 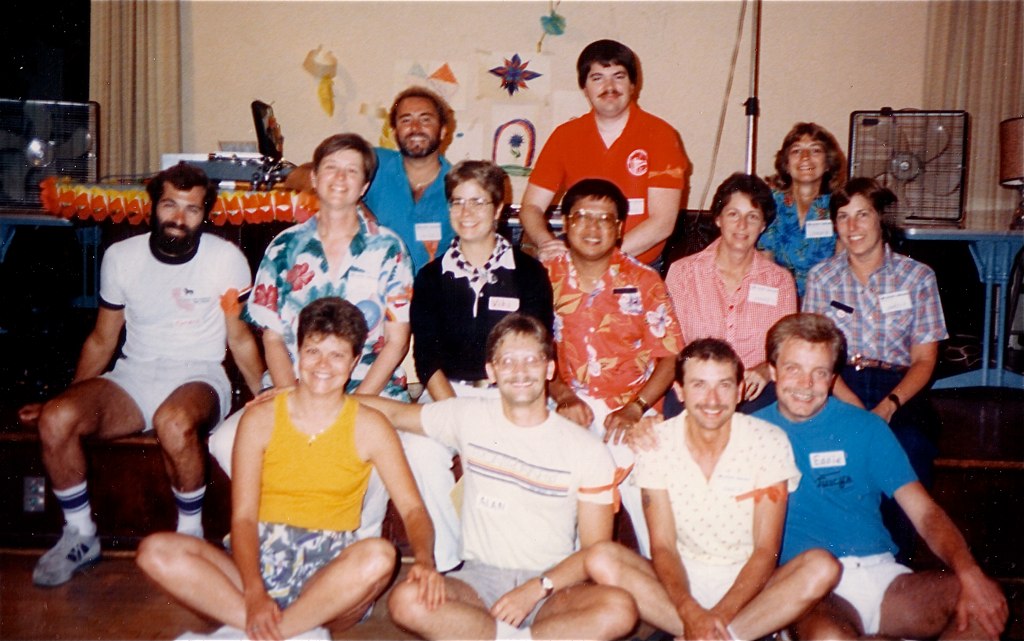